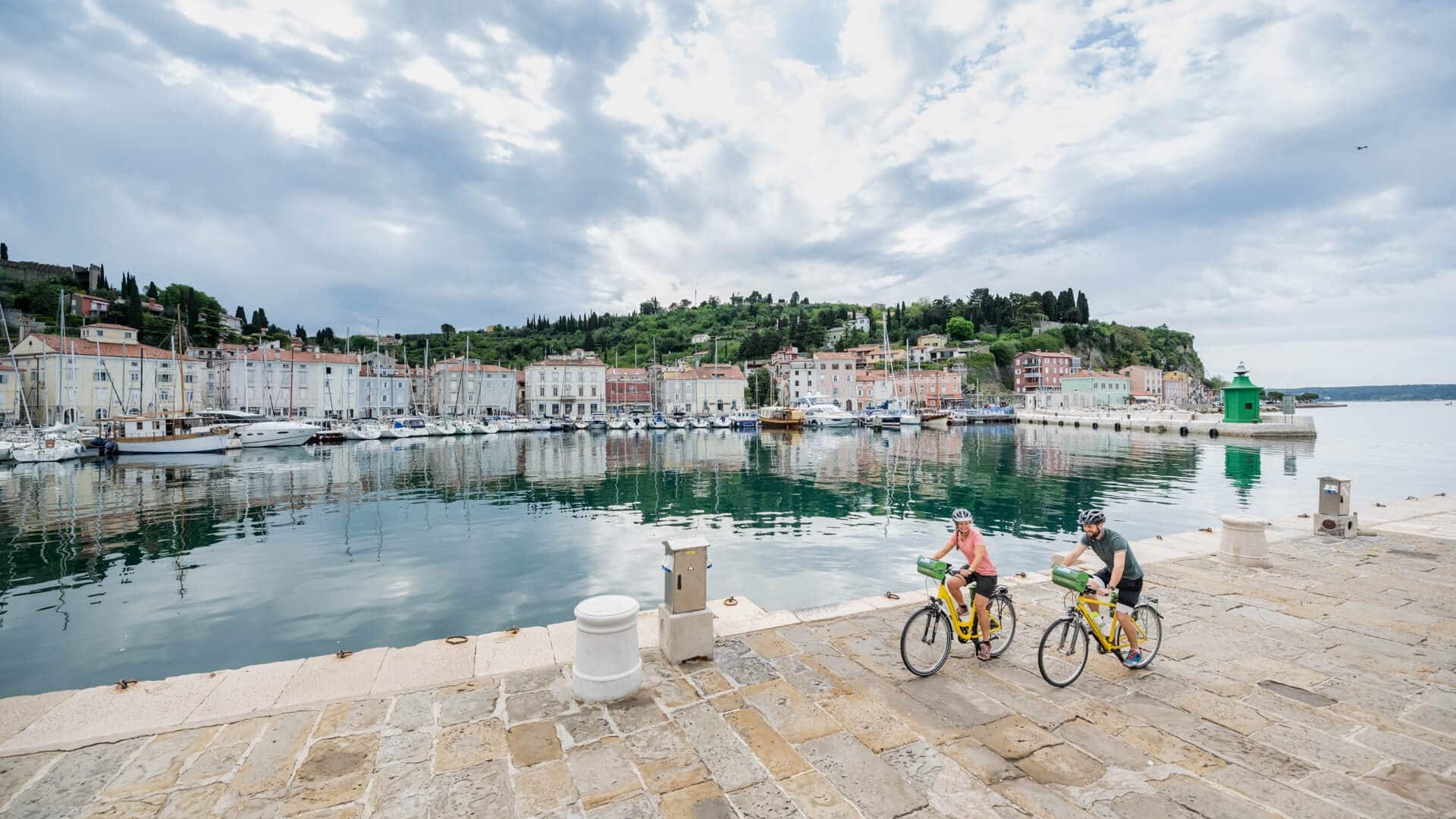 The sunny Peninsula in the mediterranean sea 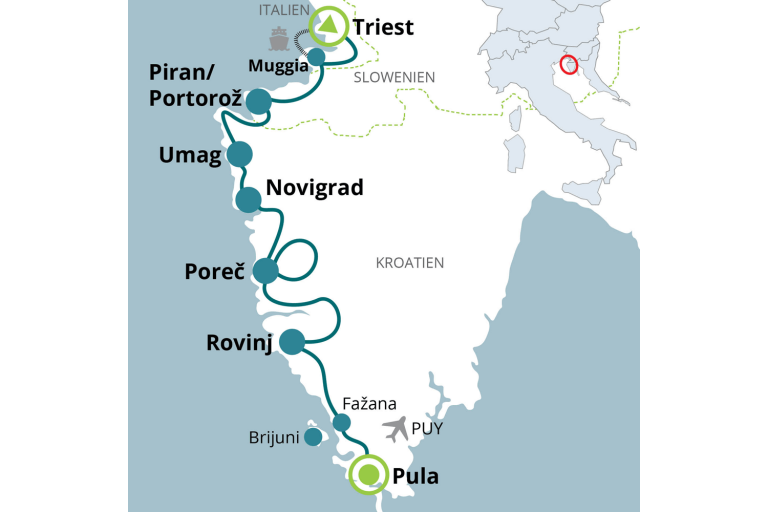 The sunny Peninsula in the mediterranean sea

No post was found with your current grid settings. You should verify if you have posts inside the current selected post type(s) and if the meta key filter is not too much restrictive.

Start of this bicycle tour is Trieste, the former Habsburg seaport seated at the foothills of the Karst. During the Roman Empire Trieste became a busy and rich port. After a few kilometres you leave Italy and cycle to Istria, Slovenia and Croatia. This sunny peninsula in the Mediterranean Sea is characterised by little picturesque fisher villages, small towns on the karst hills, vineyards and valleys. Let yourself be surprised from the charms of a landscape rich in contrasts and the various colours of Istria.

Characteristics of the route
The bicycle route through Istria runs slightly hilly. The tour is suitable for children from the age of 14. We suggest you this tour as an additional after one of the following cycling tours:

Impressions of the trip.

Our accommodations offer cyclists and connoisseurs everything their hearts desire.

The ideal accommodation is where you feel comfortable.
It serves to retreat, to relax, to switch off.
It is an essential part of a perfect cycling holiday.
Choose one that suits you.

No post was found with your current grid settings. You should verify if you have posts inside the current selected post type(s) and if the meta key filter is not too much restrictive. 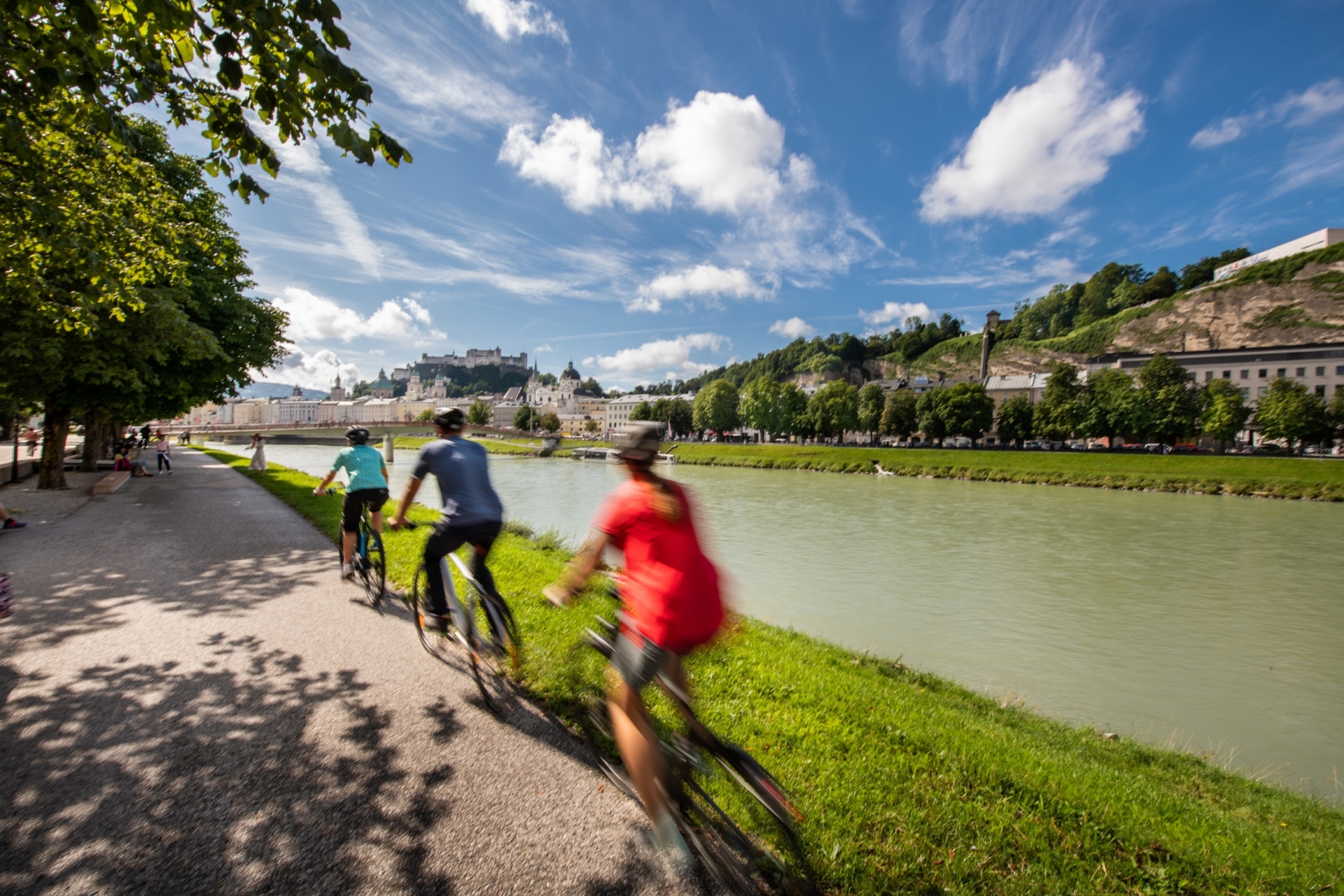 in Austria, Germany, Switzerland and Italy

Did you enjoy your leisure trip and now you want more?
Discover more trips and let yourself be seduced by the regional delicacies of our destinations. 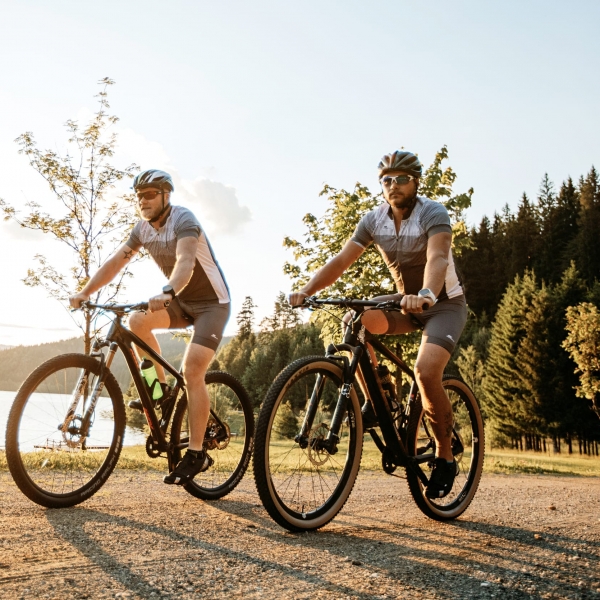 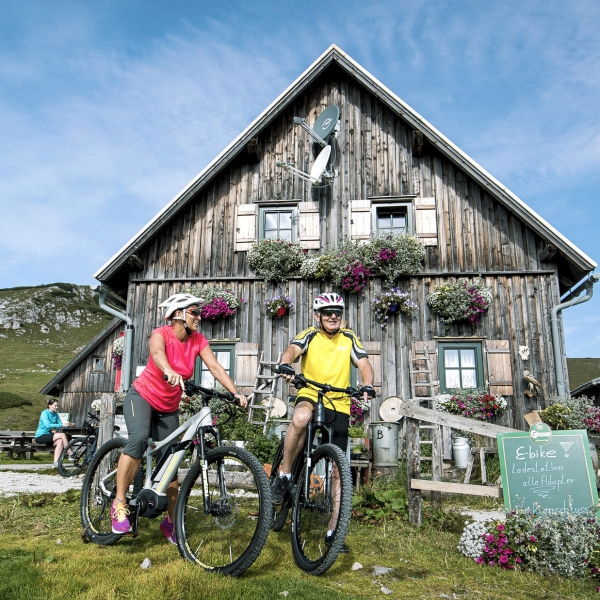 on the culture trail 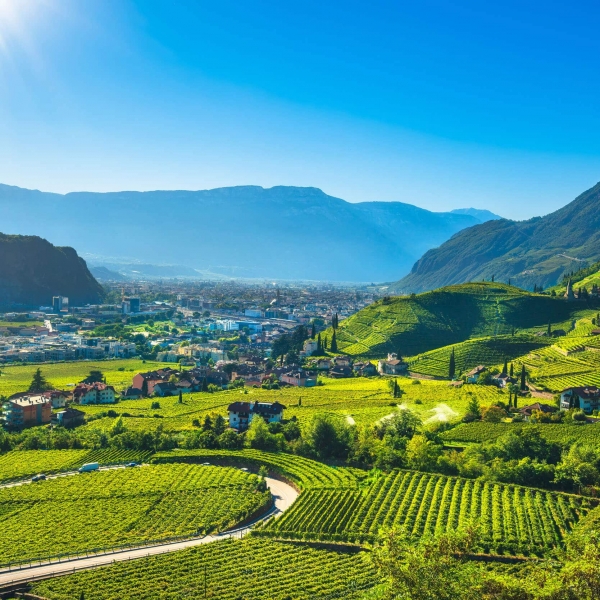 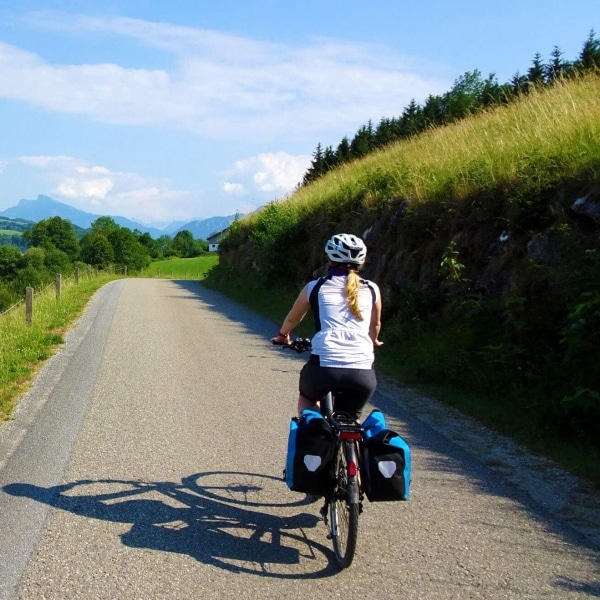 The lakes tour with Charm

The Salzkammergut with charming hotels 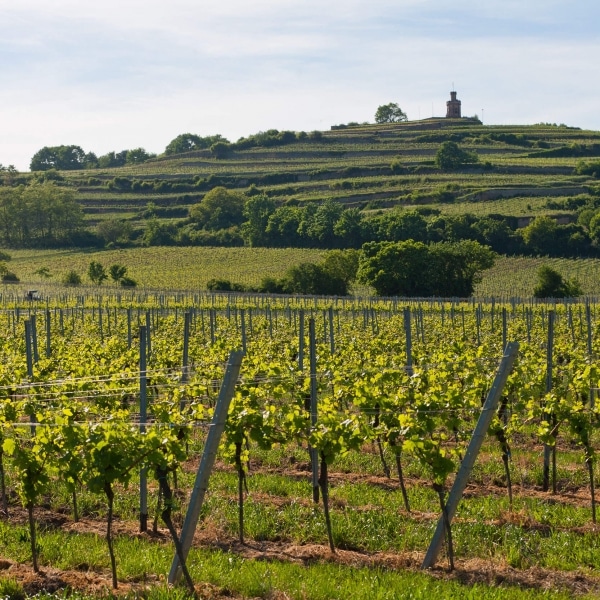 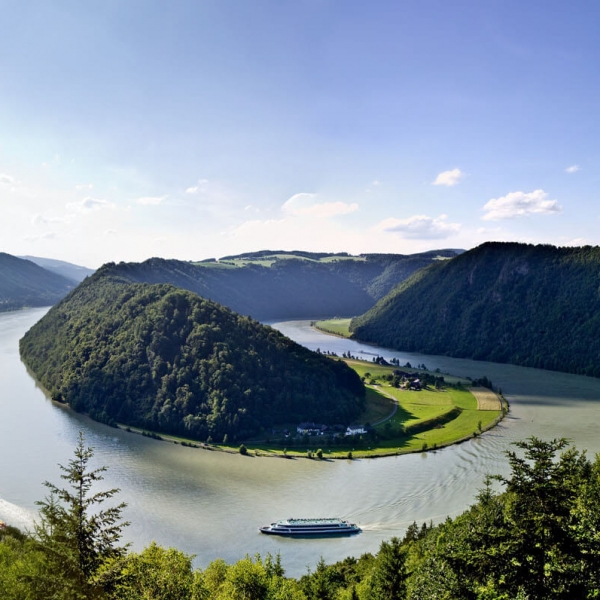 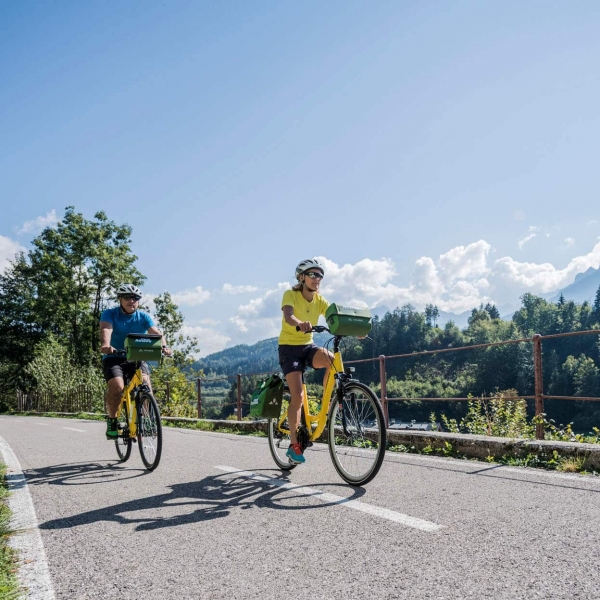 An enjoyable bike trip from the mountains to the sea

Our bike hotels are the ideal starting point to discover the diverse regions around in a sporty way, culturally, scenically and culinary. From pleasant inns to 4-star hotels that provide all the amenities a cyclist's heart desires: in our ideally located, bike-friendly accommodations, everything is tailored to the needs of cycling holidays aligned. Exercise, relaxation and enjoyment combine here to create a very special holiday experience. 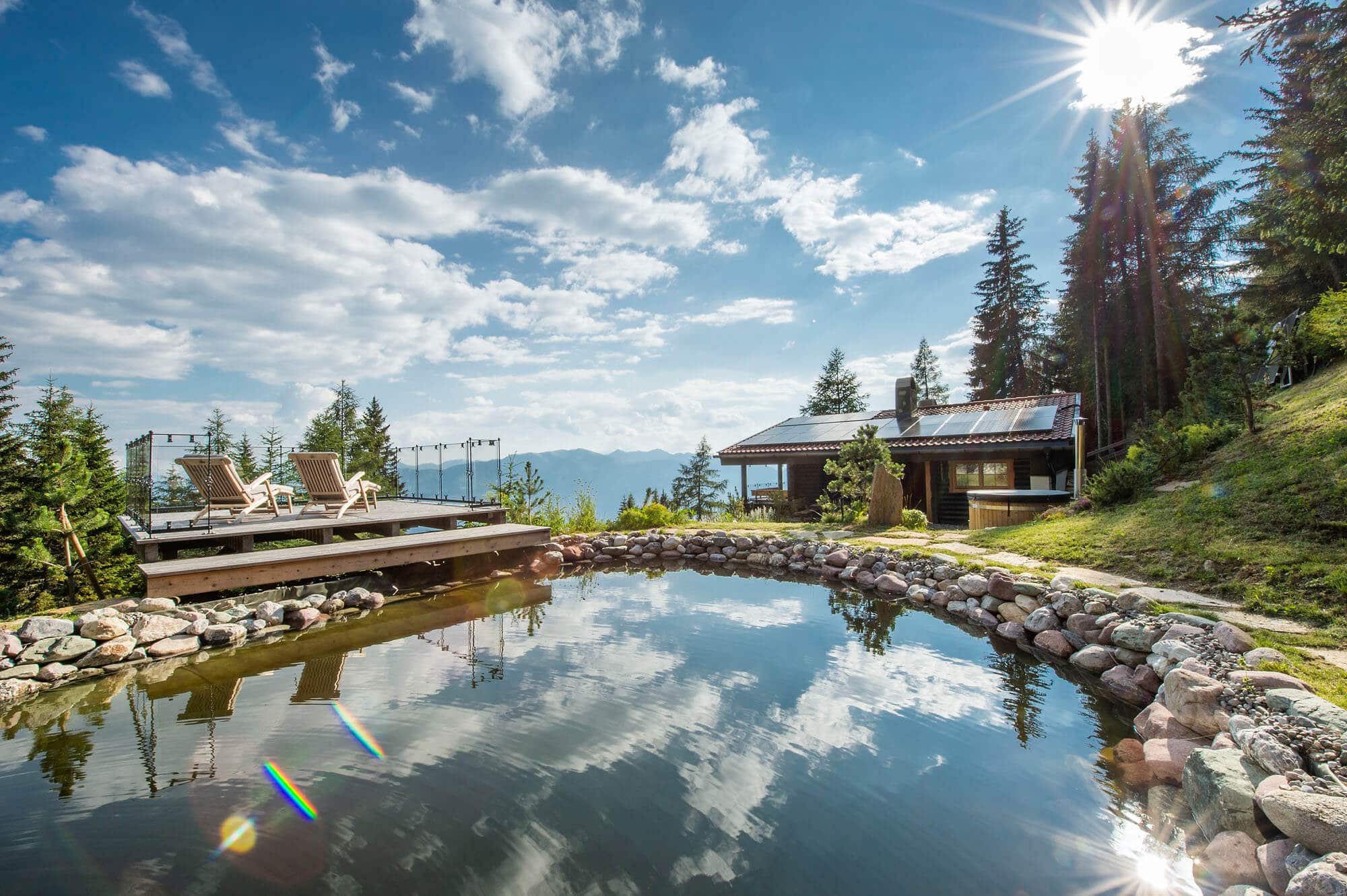